Oddmund is the CEO and Founder of GuardREC AS. With more than 20 years of experience in the recording industry, Oddmund has extensive knowledge helping organizations in both ATC and Bank & finance with their recording and compliance requirements.

GuardREC’s innovative recording and replay system enables ATC investigators to access and analyze both audio and radar feeds in one single system.

In an industry where safety must always be a top priority, air traffic control investigators play a critical role.

Aviation is generally regarded as an “ultra-safe” industry and major accidents are rare. However, the potentially catastrophic consequences, should an accident occur, emphasize the importance of quality-assured incident and accident investigation within air traffic management (ATM) and air traffic control (ATC).

As even a seemingly trivial incident may prove to be a precursor to a major accident, thorough investigation of any and all operational anomalies is essential to accident prevention

In this article, we explore how the guardREC® recording and replay system can be a valuable asset for ATC investigators – and add a whole new dimension to incident and accident investigation.

Two of the main data sources for ATC investigators are audio recordings of relevant communication between air traffic controllers and radar feeds.

Audio logs may provide useful information on potential errors in communication and misunderstandings between ground and air personnel, as well as general information on the incident timeline and progress, actions suggested and taken, etc

Radar feeds, on the other hand, provide a visual representation of important factors such as the aircraft’s location, altitude, direction and movement when the incident occurred.

A common challenge for investigators is that audio recordings and radar feeds are traditionally logged and stored in two separate systems – the former in the recording and replay system and the latter in the ATM system or a dedicated radar recording system. 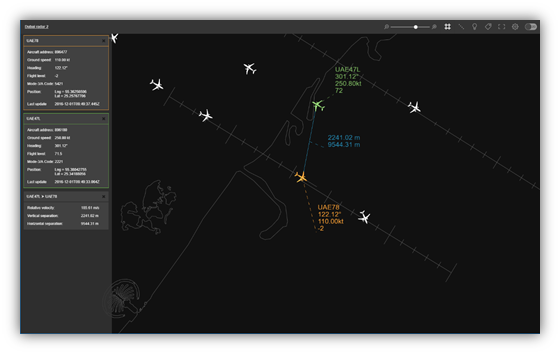 The drawbacks of separate systems

Accurate incident analysis requires a perfectly synchronized replay of audio recordings and radar feeds. When data is stored in two separate systems there are two options for achieving synchronicity:

Both of these options have certain obvious drawbacks.

Running two separate systems in parallel is inefficient and expensive and may cause data discrepancies should the timestamps of either system be inaccurate. In fact, even something as trivial as pressing play on both systems simultaneously presents an unnecessary and potential source of error.

System integration has long been the industry’s preferred choice for synchronized communications and radar replay, as it enables investigators to access and analyze all data in one place. However, creating an integration between the systems comes with its own complications.

ATM systems tend to have individual interfaces that vary from system to system, and the same goes for recording and replay solutions. This means that you would have to create a unique link between the two systems that calculates a wide variety of interface combinations in order to ensure connectivity, reliability, and synchronicity.

One single system for recording and radar replay

The guardREC® recording and replay solution effectively circumvents these synchronization challenges – as well as the need for complicated integrations with the ATM system.

A native radar within the recording system enables investigators to replay, review and analyze audio recordings and radar feeds side-by-side and in perfect synchronization – providing easy access to both of these essential data sources in one single system. 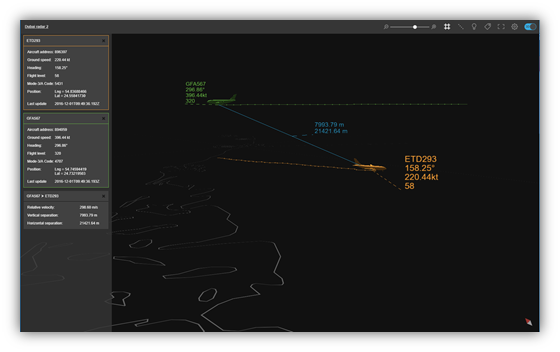 A recording system at its core, our innovative solution enables investigators to use analytics tools while reviewing the radar feed, such as measuring the distance between aircraft and horizontal and vertical separatio

Additionally, there are options to add bookmarks – automatically saving all radio communication channels and radar feeds in use at the specified time – and to quarantine the entire event.

Other useful features include:

Perhaps the most impressive feature of the guardREC® recording and replay system is the option to switch between 2D and 3D modes when visualizing the radar feed.

This is a unique feature that no other solution on the market offers, and quite literally adds a whole new dimension to incident investigation and analysis.

Extended areas of use

In addition to providing a unique tool for incident and accident investigation and analysis, the recording system may also be a valuable asset in other important areas of air traffic control.

Search and rescue officers and coordinators may use it as an immediate replay option for dynamic analysis during SAR operations and emergencies.

Brands that trust us

For ATC and Finance compliance officers, guardREC™ is a recording and replay solution that is built on the promise of transparency, quality innovation. Our technology is trusted by some of the biggest brands and companies in ATC and Bank & Finance:

Get a demo of the world's most robust compliance recording solution.